As we close in on the end of 2019 and New Years energy is upon us - it always brings dreams of bigger things and new places in our lives. It's a time when I personally spend a lot of time inside of my own head mapping out my purpose for the coming year both professionally and personally in my life.

I always come back to what I call the performance mindset, because growing up an athlete it was how I was raised. It continues to shape how I approach things in life and give me an edge in many ways.

So with this being a great time of year to start thinking big (don't wait until January) I wanted to share the intro to a Chapter in a book called Mindful Athletic Performance that I contributed to a little while back.

Whether you grew up an athlete or not, I feel confident that there's a little competitor inside of each and every one of us and accessing this place in your mind is the key to making progress in the coming year.

Check it out and click here to get access to the rest of my chapter as well as all of the other amazing takeaways and stories hidden in this killer read!

I can remember sitting there crying and thinking, “What do I do now?”

In the grand scheme of life, it wasn’t that bad, and I knew it was coming, but it still felt like part of me was getting thrown away.

It was my last game of high school football and for as long as I could remember, I was an athlete. I played three to four sports almost my entire life, and I couldn’t really fathom what life was going to be like without it.

It’s where I tested myself and learned about resolve and commitment. It’s where I built an understanding of self-awareness and confidence. It’s how I learned to compete and challenge the people around me. It’s where I felt like I was truly myself, and now it was coming to an end.

I was never an outwardly emotional guy but as Coach Valadez came up to me after the game, tears streaming down his face and telling me that he was proud of me, I couldn’t hold it in. I just lost it.

It had become so intertwined with how I saw myself and my identity that I wasn’t sure who I was without sports. When I wasn’t training I didn’t feel like the same person, and I wasn’t nearly as happy. I was excited about college and what lie ahead but that scared the hell out of me. Call it a blessing or a curse, but I had been brought up in an environment where working hard to get better was mandatory, and I had grown to like it that way.

From doing pushups and sit-ups in between commercials to spending hours hitting lima beans with my dad in the basement for batting practice, it was about taking advantage of every opportunity to get better and holding myself to a higher standard than those around me.

My entire life revolved around preparing for the next sport and then playing it. I truly loved not only competing, but training. I noticed early on that when I was physically dialed in, it was easier to get the rest of my life in sync.

Too many people walk around like victims wondering why they aren’t achieving their dreams, yet they have no physical or mental routine to keep them focused and on path. Then there are some who may actually achieve great success in their career yet do so to the detriment of their body, and vice versa. Little do most know that growth, in any aspect of life, requires the exact same set of skills, focus, and mindset.

There’s something innately human about performance and achievement. It goes beyond just physical performance and sports into a place of fulfilling a deeper calling and purpose. It is a deep seated, even if unspoken, desire to become something more than what we currently are. Call it legacy or curiosity, but regardless, that little voice lives inside of all of us asking, “If I were to really stretch myself, what am I actually capable of?”

“Am I actually stretching myself?”

“Where does that line of impossibility and unrealistic exist for me and am I willing to push it?”

“What will be my legacy for the world?”

What determines how far we take things is our desire to explore the answer. Far too many people silence that voice in their lives and stop asking themselves those questions. It might start with no longer competing in athletics or not striving to crush an exam but then before you know it, that voice that used to make you question your limits falls silent in other areas of life. We get used to being comfortable, and we lose our edge.

But that’s not where personal progress lies, and I kind of like having that little voice around.

Like many former athletes out of high school and college with an abundance of unstructured time, I poured myself into the gym. I was no longer competing on the field but I enjoyed training like I was. I was on a mission and focused. In the chaos of daily life and dealing with my transition into adulthood, it seemed like the one thing I could truly control. You put in the work day after day, and you can physically see and feel the results.

This positive feedback loop elevated my confidence in a way I hadn’t expected. It mentally opened up more possibility to me across the board. It encouraged me to see myself not as I was, but what I could become. The more I embraced physical challenge the more comfortable I was with stretching myself mentally and spiritually.

At the time I had no idea where it would lead me, but when I became conscious of the impact that my performance training lifestyle and approach was having on my growth, I knew my life had to be dedicated to sharing it with others.

This is what led me to my first job in fitness, working the front desk at a 24-hour fitness. I can still remember what went through my mind the first time James came up to the desk. I thought to myself, “How is this guy going to get around the gym safely with nobody on him the entire time?”

James was blind, and he had joined a gym for the first time in his life. He was in his late twenties and a little bit shy as he made his way into the gym, but he just wanted to be shown how to work the treadmill and maybe a couple of machines. I spent time making sure he knew exactly where everything was and how to use it. Then I got out of his way and let him get after it.

James came in like clockwork three times a week and hopped onto the treadmill to start his workout. In the first few weeks it was a fast walk, but before I knew it, I looked over and James was running full tilt on the treadmill. I ran over to him to check on him and he slowed the machine down, full smile on his face and said, “I didn’t think I’d be able to do that, but what do you know?”

From then on it was a run and not a walk.

The next time he came in James asked me to show him some more machines. I noticed James came in with a different walk and confident posture than when I first met him. He was chatting up people when he was out on the floor, making friends, and we kept adding weight to the exercises he was doing. His body was changing right in front of me and along with it, his confidence. This went on for about six months and then one day as he was getting off of the treadmill he said, “Joe, I think I’m going to try and learn to play baseball.”

I chuckled a little bit and shook my head while I told him to stop messing with me. He didn’t even crack a smile.

This guy was serious!

I was blown away. Here was a guy who walked in never having worked out before, not to mention had absolutely no sight, and months later had proved to himself what he was capable of and wanted to take on more. I hadn’t even worked with James as a trainer or coach but observing what happened to him in a matter of months was enough for me to know there was something about physical achievement that could unlock other areas of our life.

Fast forward ten years and I have had the chance to work with hundreds of people on their health, fitness, and training goals. I have seen people along the way make life changing shifts but seen even more fall short.

So what’s the magic equation? What is it that seems to separate those who are able to achieve such great things and make massive progress and those who aren’t able to make it click?

The last decade has led me to believe that the common thread connecting the perpetually successful can be found inside of their approach towards life. There are no special strategies or tricks to get there quickly. All of it is tied to a mindset of performance that’s both physical and mental. This way of life may come easier to some, but it is absolutely reproducible.

It’s what drives someone to wake up and swim thousands of meters a day at master’s swim just to prove to themselves that they can. It’s also what pushes someone to sacrifice years of their life developing a new company or product. Some people just seemed to be wired for it, but it all comes down to behaviors and focus. Thankfully, for all of us, it can (and must) be learned and developed if we are looking for greater than average results in our life.

What follows are 4 key factors to focus on when developing an unstoppable Performance Mindset. They will take time and are often uncomfortable, but within each of them lies the key to conquering whatever goals or challenges lie ahead.

Is Breakfast that Important? 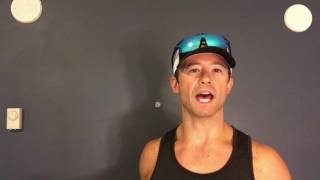 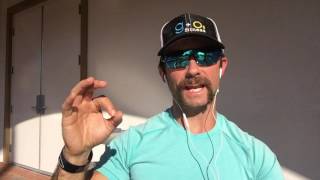 What Do You Stand For?

Is Breakfast that Important? 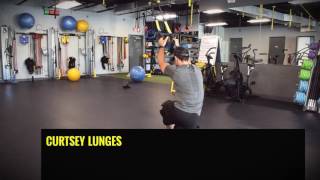 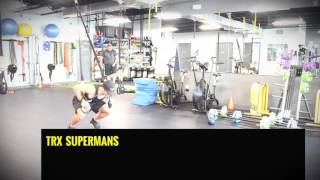 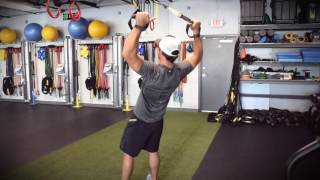 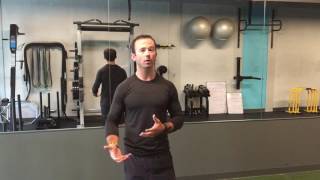